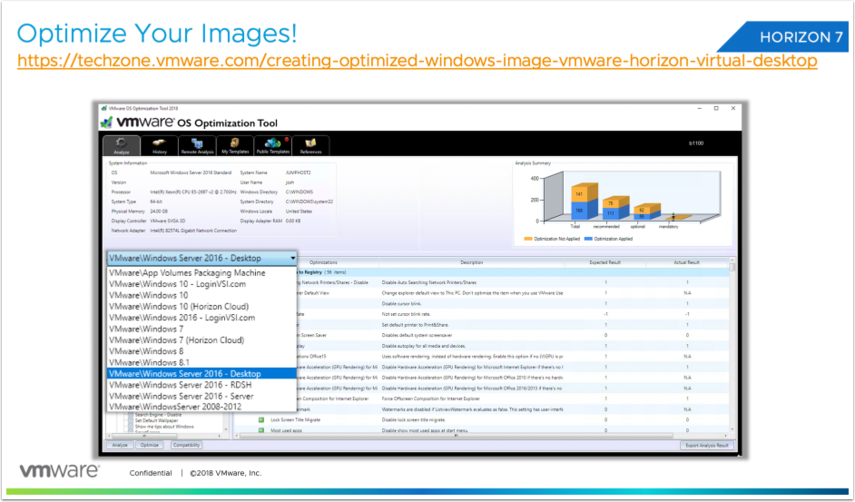 More info on creating an optimized windows image can be found in this techzone link.

Advantages of an Optimized Image

Optimizing the master image is well worth the time and effort involved. Savings are returned on a variety of fronts.

Considerations you must take into account when creating a Windows system image are much different if you plan to deploy virtual desktops rather than physical desktops: